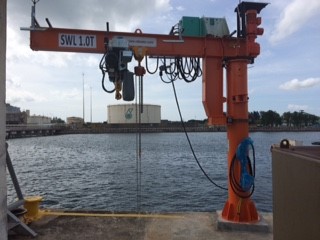 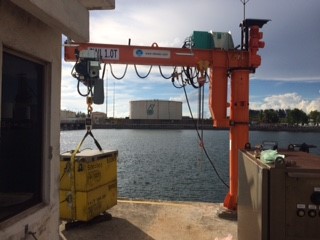 Rabutec was contracted by Petronas Dagangan Berhad for Engineering, Procurement, Construction and Commissioning of a 1 Ton Slewing Jib Crane and associated works at their Labuan Fuel Terminal.

Upon confirmation of order, a detailed hazard analysis and Work Requirement Plan were drawn up. The works were then carried out as follows;

At site in Labuan, the crane was then assembled, installed and tested. Successful load test of the crane was witnessed by JKKP and subsequently PMA certificate was issued for the owner to certify the crane fit for use.